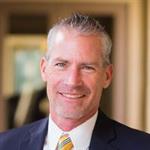 Mark graduated from Mission Viejo HS in 1992, where he was a two-year letterman in football and baseball.  He then went on to Saddleback JC where he played football for two years and was a member of Saddleback’s 1992 National Championship team.  Shortly after, Mark decided to hang up his cleats and focus on golf.  Mark graduated from California Polytechnic State University, San Luis Obispo in 1998 receiving a degree in Recreation Administration with a concentration in Sports Marketing / Special Events.  Mark currently lives in Mission Viejo, CA with his wife Mollie and three children Mason, Morgan & Mia.  In his free time, Mark enjoys water & snow skiing, traveling, and spending time with his family. 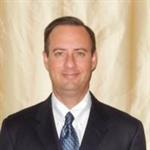 Stephen joined Mission Viejo Country Club in 2020 after spending the previous 12 years at Marbella Country Club as the 1st Assistant and Head Golf Professional.  For the last 34 years golf has been his passion.  Becoming a PGA Member in 2005 and voted Golf Professional of the Year by Southern California PGA in 2014 are two of his career highlights.  Away for golf Stephen enjoys fishing. 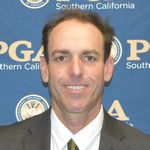 Kyle comes to us from Costa Mesa Country Club and brings a wealth of knowledge in computer skills and tournament operations.  He is also a +1 handicap and enjoys teaching, surfing, and all outdoor activities. 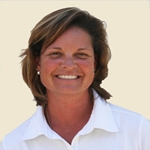 Tyna was born in Laguna Beach and grew up in San Clemente. She began golf at the age of 9 years old and played competitive junior golf up through high school where she was active on the Varsity soccer team and the first female to make the boy’s surf team at SCHS.  Tyna turned professional in 1990 where she competed on the Women’s Futures mini tour and the Players West Tour.  In 1995-1996 she attended the San Diego Golf Academy & the Players Professional Career College where she was hired on at Fullerton Golf Course as Director of the Nike Learning Center.  In 2002, she became an assistant professional at Mission Viejo Country Club and has had a significant impact on the development of our successful junior golf program. 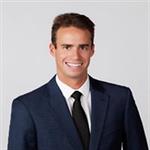 Tommy grew up in Newport Beach, CA and entered into the Golf Industry in 2010 where he worked for four years at Santa Ana Country Club as an Assistant Golf Professional. In 2014 Tommy removed himself from the business of golf after being involved in an unexpected car accident which resulted into multiple wrist surgeries. Over the last 7 years Tommy has been working diligently on getting his golf game back to where it once was and is enthusiastic to enter back into the business of golf. Tommy will be enrolling himself back into the PGA program immediately and will begin working towards becoming a Class A PGA Professional.

Tommy is currently a licensed residential Real Estate agent in the state of California and when he isn’t practicing or playing golf you can usually find him at the beach surfing. Tommy has an extensive background in Art and Photography and has a lifelong passion to be creative.